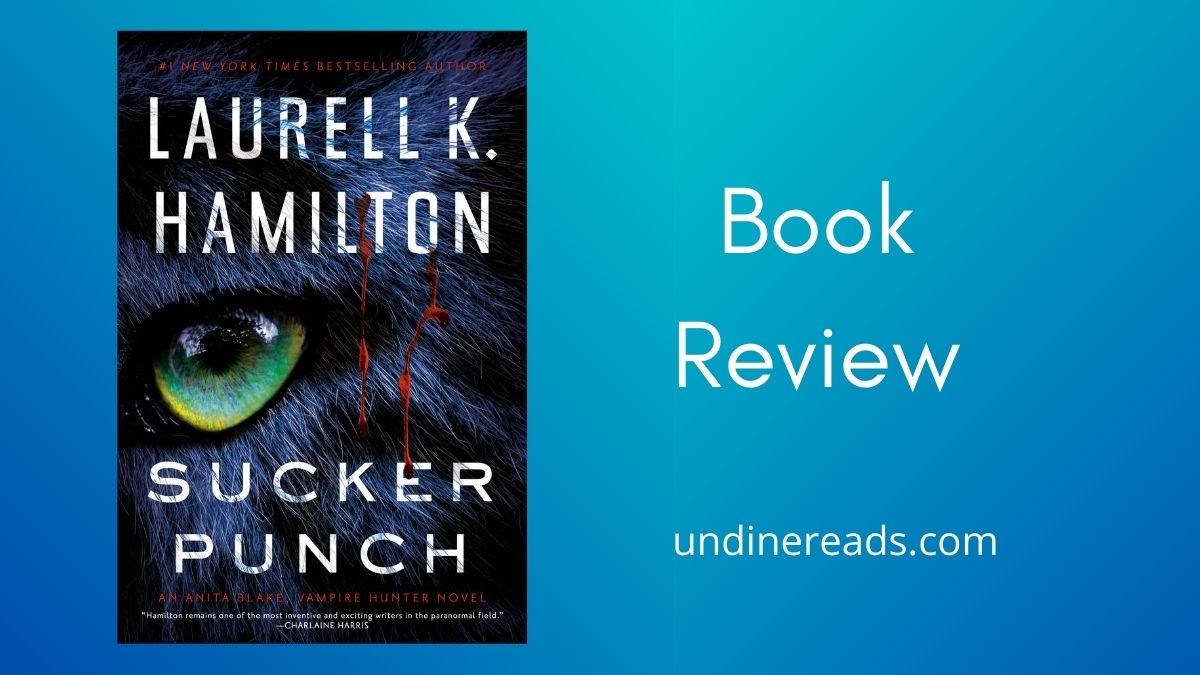 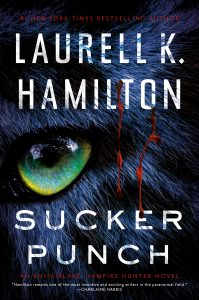 Also by this author: Rafael, A Terrible Fall of Angels

A brutal murder, a suspect in jail, and an execution planned, but what if the wrong person is about to be killed?⠀

This! Sucker Punch, the latest Anita Blake book returns to form when the series was more about solving crimes and less about relationship complications.

A murder’s been committed, the local police have arrested the only local were and a warrant’s been issued for his execution. But the marshal with the warrant doesn’t believe that the jailed were is guilty. With time counting down to the execution, the marshal asks Anita to assist with the investigation.

This was small town politics, classism, politics and what greed does to people wrapped around a murder. We get to see badass Anita handle things with her usual take no prisoners approach. What’s nice to see is that LKH shows how therapy is helping Anita cope wit her issues. Her go to solution isn’t to have a “whose gun is bigger?” contest with other men on the investigation as it has been in the past.

Even creepy Olaf/Otto has been allowed to grow into something other than a psychopath.

I enjoyed reading a mystery that didn’t require Anita to use sex to solve it. While Anita and others at the investigation mentioned her sweeties, Jean Claude, Nathaniel and Micah remained back in St. Louis. So no recreational boinking occurred either. Just some serious smooching.

If you’ve taken a break from the series, pick up Sucker Punch for a return to the good old days. If you’re an urban fantasy fan but you’ve never tried the series, start at the beginning with Guilty Pleasures and enjoy the ride.

This book was a reminder about why I fell in love with the series.

Follow me on Instagram to keep up with my book mail, library finds, and ARCs. Subscribe to Undine Reads so you don’t miss any of my book reviews.

Do you read thr Anita Blake books? What keeps you coming back to a series?

For me, it’s emotional investment in the characters. I have to care about them and I need to be curious about what happens next.

Read Guilty Pleasures to see where Anita’s series started and how she got to the events in Sucker Punch.

For urban fantasy series about other kickass women, try the Mercy Thompson books by Patricia Briggs. Here’s my review of the latest, Smoke Bitten.

Or the Kate McDaniels series by Ilona Andrews.

Thanks to NetGalley and Berkley for the DRC.

Laurell K. Hamilton is one of the leading writers of paranormal fiction. A #1 New York Times bestselling author, Hamilton writes the popular Anita Blake, Vampire Hunter novels and the Meredith Gentry series. She is also the creator of a bestselling comic book series based on her Anita Blake novels and published by Marvel Comics. Hamilton is a full-time writer and lives in the suburbs of St. Louis with her family. 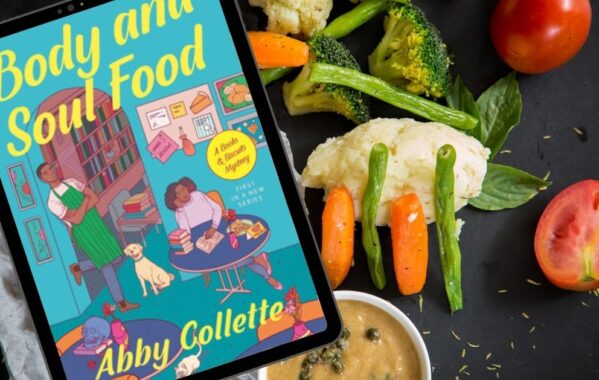 You Sexy Thing by Cat Rambo

Just Haven’t Met You Yet by Sophie Cousens

All of Us Villains by Amanda Foody & Christine Lynn Herman

Tell me what you think! Cancel reply